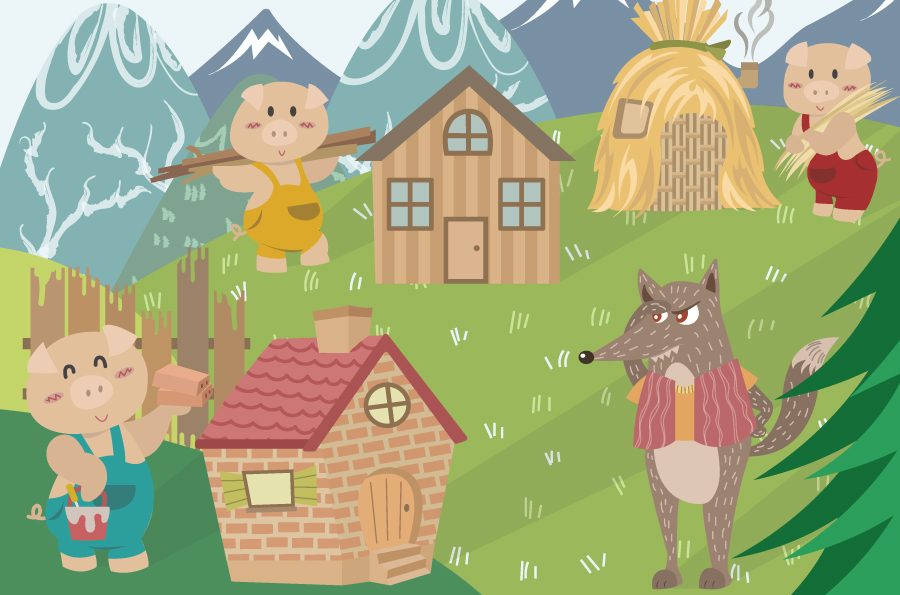 The often overlooked effects of wind load on your building.

When talking about building movement, thermal and seismic movement are generally the two categories that come to mind, but you should also be thinking about wind load!

Take a minute to think back to the tale of The Three Little Pigs. When the big bad wolf came along, he was able to huff and puff and blow down the houses of the first two pigs, but they found shelter in the third pig’s house because it was the strongest.

Now, I’m sure the little kiddos who hear this bedtime story aren’t aware they’re getting a mini-lesson in structural integrity, but it’s a very simple way for us to explore the impact of wind on building structures.

While your building isn’t likely to blow away like the houses of the first two pigs, it does face the constant force of the big bad wolf…I mean wind.

That constant pressure on the side of your building can lead to some serious issues over time:

Modern buildings, especially tall buildings, are engineered to not only withstand high wind loads, but to work with them as well. Think about the last time you were at the top of a skyscraper…it kind of felt like you were swaying, didn’t it? Guess what…YOU WERE! Tall buildings can move a few feet in either direction to accommodate wind load without damaging the structural integrity.

So think about the stress that puts on the structural elements that keep your building upright, including your architectural expansion joint systems.

There are many different system types that can be installed so it’s important to reference the specifications created by the structural engineer and the architect. These specs will tell you the movement rating that the systems need to accommodate, as well as the widths of the joint openings.

And while we’ve been primarily focusing on wind effects, there are many other factors that determine the correct expansion joint solution for your building. Expansion joints have traditionally been very intimidating due to their technicality, but we’ve identified the top 6 most important things you should know when specifying systems for your building.